How to Tell Someone They’re Doing a Shit Job

In the realm of HBICs, few skills are as coveted as calling someone out on their shit.

From unimpressive coworkers to bad roommates to shitty sexual partners, people give you plenty of material to work with.

Still, your first impulse might be to let things slide.

Maybe you’re nervous the conversation will be awkward. You think it might lead to a confrontation and create ongoing tension. Or maybe you’re anxious that you’ll back down too easily and be seen as a pushover.

I’m not proposing we should all make it our personal missions to inform everyone of their inadequacies — but I do think being able to inspire others to step it up is a valuable talent within leadership and relationships.

Since I have an abundance of tips for motivating people to bring their A game, I’m happy to share some of my go-to moves with you.

If you don’t know who Miranda Priestly is, do yourself a favor and watch the Devil Wears Prada. Right now.

There are a lot to of qualities to admire in this semi-fictional HBIC, but I think her best attribute is her composure. This bitch never feels the need to lose her temper or raise her voice to make her opinion heard.

So when you decide to address a problem with someone – whether in person, through an email, or over phone – make sure you’re not operating in the heat of the moment or going on a selfish power trip.

Take some time. Process the problem, gain some perspective, and formulate the right approach to move forward.

Acknowledge your own role in the problem.

As my favorite, oh-so beautifully ruthless, CEO puts it: “You are always doing something wrong. And your personal flaws are hurting the team.”

Yes, these two things might be harder to swallow than an unhealthy swig of warm PBR. Still, there’s nothing lazier than blaming someone else when things go awry without examining how your own actions fit into the picture.

It is never your responsibility to be good at everything; owning up to your mistakes is a sign of strength. And having confidence in the things you do well will make your shortcomings seem less negative.

The start of a new personal or professional relationship can be a tricky and uncertain time. If some aspect of your relationship gets off to a shaky start, you might just hope things will work their way out as time goes on.

One of the best ways to avoid a difficult conversation is to communicate effectively with someone right from the beginning.

Let’s say you decide to move in with your best friend. You find the perfect place and everything is going ridiculously well.

And then half your bottle of Johnny Walker goes missing. 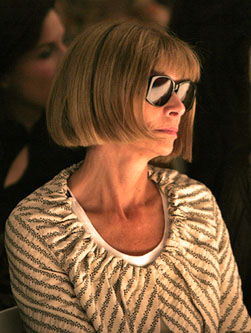 Are you fucking kidding me?

Turns out your roommate has been dipping into your stash. She apologizes and offers to pay you back, but you don’t want to cause a problem. “Oh my god, don’t worry about it,” you say. “It’s totally fine!”

Until it keeps happening and you can’t believe that your best friend would be so disrespectful.

Of course your roommate is in the wrong for generously helping herself to your whiskey. Still, the situation could have been handled if you were upfront about your feelings from the start.

Make sure you’re approaching problems proactively and letting people know when something isn’t working for you. Without creating clear expectations early on, things can start to get out of hand pretty quickly.

When asking someone to make a change, it’s important to tell them why.

A lot of people don’t like change. Change can be scary and confusing and hard to get used to.

That’s why if you ask for change without any explanation, there’s going to be two things that won’t be taken seriously:

Here’s another example: you’ve been sleeping with someone for a couple months. You really like her, but the sex has consistently been less than stellar.

You’ve done some thinking and you’re pretty sure her 0 to 60 approach isn’t great for you. What you really want is more foreplay before really jumping in.

You tell your lady lover that more is more in the foreplay department and the next time you get it on everything is like OMG YES. UGH.

Then the next week things go back to how they were before.

Old habits die hard and it’s difficult for people to feel invested in a new way of doing things if they don’t understand why they’re doing it.

Make the effort to explain why a change is important. Be openly appreciative of the adjustments other people are making and don’t be afraid to give some gentle reminders if the change doesn’t stick at first.

Avoid the blame game at all costs.

Ultimately, the main aim of telling someone they’re doing a shit job is not just for them to do better; what you really want is a better situation for everyone.

So acknowledge people as individuals when things go well, but never point the finger when things head south.

When I was working in a bakery, we use to have a problem with people not cleaning out the milk carafes well enough.

It was really frustrating because spoilt milk is the worst smell on the planet and cleaning things twice is a huge waste of time.

As a manager, I could have just told people to do a better job. 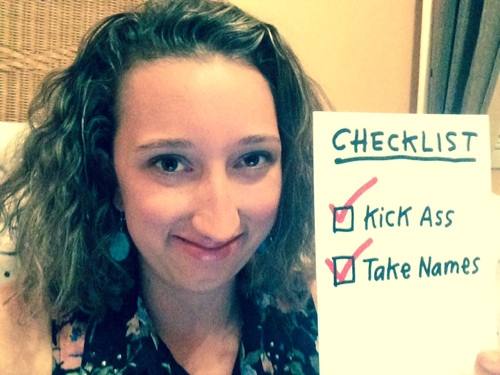 Instead I decided to approach the problem a little more thoughtfully. The conversation went something like this:

Me: Hey Sally, would you mind double checking the milk carafes? I know I’m being a stickler about this, probably because milk grosses me out in general, but they haven’t been cleaned out well lately.

Me: Great. Thank you! The coffee mugs look great by the way. I know there’s a lot to clean at the end of the day, so I really appreciate it.

In that conversation, the criticism is softened with a personal explanation and there’s an acknowledgement of something positive. I also followed up with this a few more times to reinforce that the clean carafes were a priority.

Give out positive feedback generously.

As counterintuitive as it may seem, positive feedback is an essential part of telling someone they’re doing a shit job.

Getting someone to do better is not just about telling them what they’re doing is wrong, it’s about making them feel committed to doing better.

And if you want someone to reach the level of commitment that Lorde has to black lipstick or Nicki Minaj has to leopard print, then you need to make them feel valued.

Winning is my motherfucking protocol, etc.

Don’t wait for things to go badly to tell someone what’s going well. Acknowledge things that are on point so no one feels like they’re being taken for granted.

Now you’re ready to take on incompetence like an HBIC.

I hope these tips were helpful, babes. Get out there and practice having smart conversations about how people can do better. By making your opinion heard you’ll avoid ongoing resentment in personal and professional relationships, and you’ll gain a lot of cred in the HBIC department.

If all else fails, you can always borrow my favorite notebook. 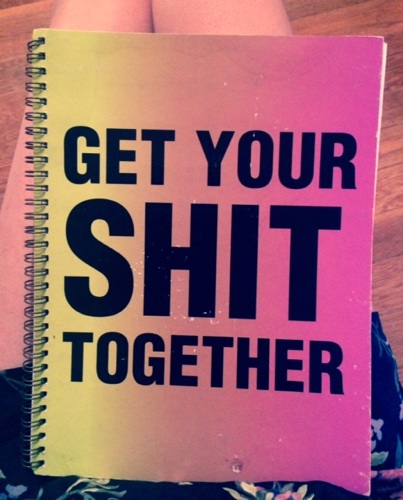 Miranda is a co-founder and editor of Woolf Woolf. She is a recognized HBIC, with experience in PR and publishing. In addition to writing and feminism, Miranda has undying appreciation for female leadership, good marketing, bunnies, and cocktails.